Various countries across the globe have focused on digitalization in their country ensuring that digital electronics, gadgets, and internet become easily accessible and at affordable cost. Thus, the rise of OTT platforms is obvious and the growth is reaching new levels every new day.

The Over-the-Top platform was valued at 101.42 billion US dollars in the year 2020 and is expected to reach at 223 billion dollars by 2026 with a CAGR of 13.87%. This projection is just one projection and many other agencies have projected much higher growth in the industry.

The COVID pandemic brought revolution in the entertainment industry that has changed the way we now consume entertainment products. It is not the case that before the pandemic the OTT platforms were not much recognized or were not growing but the pandemic has just accelerated the growth to new levels.

Before we venture into the world of top OTT platforms, we need to know what OTT platforms usually mean. The basic ingredient in an OTT platform is internet based service broadcast on an electronic device which is generally a computer, laptop, smartphone and tablets.

Though the wider definition now also included television which is internet enabled or is a smart TV. You need to just have the application of any OTT platform which you want to access, get your subscription and then enjoy your favorite content using the internet on any of the above devices you prefer.

Convenient: The convenience can only be understood from the context of what was offered earlier and what is being offered now. In the case of TV, you had to sit at a particular place of your home where the TV was installed to view it. Now in the case of OTT, you can have all those content on your phone, tablet, laptop and TV as well. This also gives you the comfort of watching it while traveling at any point of time.

Easy Access: Though the importance of cinema halls or multiplexes cannot be replaced, it has become much easier to watch movies on OTTs and people who cannot afford to spend time going to a movie theatre find it easy to access through OTTs. Plus, it also reduces the expense of buying tickets in a movie theatre and other such connected expenses.

Cheaper and Affordable: Monthly subscription of any OTT platform is generally for one or more users. The amount per month is also not very expensive. What you may end up spending on a movie ticket at one weekend can be better utilized in having access to plethora of contents as per your choice at any time and number of times.

Therefore, it is much more affordable to go for OTTs rather than the traditional theatre approach.

The Best Alternative: The pandemic brought the world to a standstill and almost all entertainment industries were shut. Movie theatres were also closed and in many countries they are either still closed or are operating with much more protocols and restrictions. Therefore, the obvious alternative to this lies with the OTT platforms that are delivering to you the best content while sitting on your couch or on your bed.

Netflix is one of the most prominent OTT platforms in the world with over 214 million subscribers worldwide. It is one of the oldest players in the industry that ventured into this field. Now boasts of a big chunk of share in the OTT market. An American company founded in 1997 has now penetrated to almost all corners of the world.

The concept of Netflix is simple. You need to buy a subscription that costs close to $10 and then you can view all the contents available on the platform. Netflix offers movies, biographies, TV series and much more content. Some of the content are uploaded from different sources while some are created by Netflix in collaboration with content producers known as Netflix Originals.

They are similar to Netflix with little differences in accessibility and content availability. You need to buy the subscription of Prime by paying close to $13. Amazon Prime Videos offer a plethora of contents including movies that are still in theatre. Though certain contents require that you pay an extra amount apart from the original subscription charge to view it.

3. Disney Hotstar or Disney Plus:

Available by different names in different companies but owned by Disney. Disney+ is another such OTT platform offering contents of various kinds that are owned by the parent company as well as other production houses. It also offers original content in the likes of series that are original creations of the company.

It also offers live streaming of sports matches and in collaboration with Star, you can watch live telecasts of channels owned by Star on the platform. The subscription charge generally remains similar to that of other platforms.

ESPN+ is dedicated to sports streaming contents solely of various sports played across the globe. This OTT platform offers contents both live streaming as well as contents streamed previously. You can buy ESPN+ in a bundle with Disney plus at a much affordable price. The price range for various services differ basically based on content quality, time period and variety of contents.

Apple TV+ was launched in 2019 and soon became a mainstream platform with a plethora of contents. Some of them are original Apple TV contents while many are purchased from different productions.

Apple TV+ also offers similar contents and services in line with other top OTT platforms with some slight differences. Basically, it is made for apple users and you can access it through your iPhone, laptop, iPad and Apple TV.

It is a subscription based streaming service that requires you to pay for the content you view over the app. Unlike the general YouTube, here you need to pay for ad-free content. You will get live streaming of 85+ TV channels over the app along with access to movies that you need to generally buy from YouTube.

Monthly subscription of the app is 59 dollars and yearly price is 500 dollars in the US.

Hulu also offers content and services similar to that of Netflix. There are obviously slight differences in both but the broader concept of the two remains the same. Hulu offers a different subscription plan for the users with the initial plan of $5.99 which goes up to $70.99 per month.

Services also include live streaming of television content among them. HULU is an American company and is owned by Disney media with 67 percent shares in the company. The company was founded in 2007 and has continued to remain in growth over the years though it is not that popular with the global audience.

Though originally launched in 2011, MX Player TV became OTT platform in 2019 with wide ranging contents in several Indian languages including English. It is an Indian company now being owned by Times Internet as it acquired majority shares in the company.

It has close to 280 million subscribers across the globe and its content is available in many countries apart from India. The contents on the app are available in 13 Indian languages making it a very distinct OTT app catering to a wide range of audience.

Most of the content you would see on the app is Warner Bros owned contents offering various series, biographies and much more. An OTT platform launched in 2020 hosts close to 64 million subscribers on the platform. The app is owned by AT&T. Contents of the app are generally served in America, Latin America and some parts of Europe.

Cartoon Network, CNN, Warner Bros, Boomerang are some of the content providers to the platform.

It is an American OTT platform owned by NBC Universal which is a subsidiary of Comcast. The platform was launched in 2020 and now hosts close to 54 million subscribers. Contents are offered in three tiers including free content, premium and premium plus content. Free content and premium content includes advertisements while the premium plus is no ad content. Peacock generally offers both original content as well as third party contents. It includes various types of content including WWE wrestling shows as well as sports shows. One can view peacock services in America, Latin America and several other European countries. You can also view news broadcasts on the platform as the parent company is well into news services. 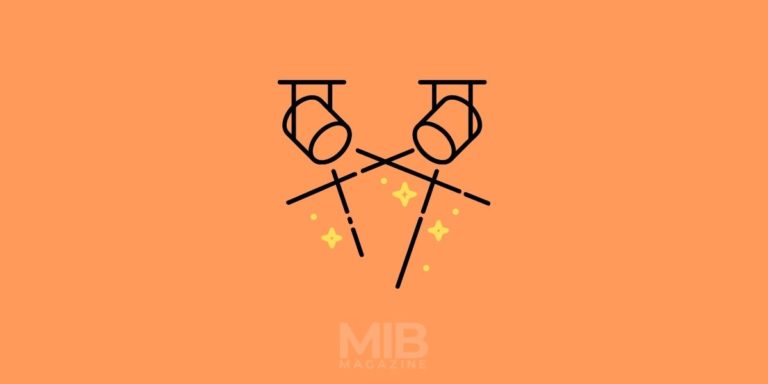