In the world, the central stage is always occupied by the agricultural industry. This condition is irrespective of time and lifestyle changes. Few years back, the survival of agricultural industry was critical, but now the situation is contradictory where new developments in the industry have been made with the help of technology. Areas like productivity, cost and labor have been highly enhanced or supported with the help of technology. Categorising them, first comes the information technology which has played a vital role in circulating information in the field of agriculture.

Agriculture has found its path sparking only after information exchange within it. Information here definitely means the data relating to market prices, demand, cultivation ideas and seasonal changes. Information relating to weather is the most important one which saves the farmer from any kind of loss due it.

I should say, modernism is not in agriculture alone but in the farmers too. That is the crowd which makes use of technology in this industry. Development of new apps which will ease the work of a farmer is definitely a good sign in the industry.

Nanotechnology, an extension of researches made in the entire science world is now one of the reasons for a developed agricultural practice all over the world. This valued field have made its entry in agriculture too. Working with nanoparticles is the concept here and the results are undoubtedly great.

The nanoparticles used in agriculture makes the crops much healthier than normal. In addition to this, there are other benefits associated with the inclusion of nanotechnology in agriculture. These are more scientific and specific, which are commonly analysed by biological experts. The nanoparticles ransom pesticides and fertilizers into the field at appropriate times. The location where it releases is also fixed and thus the labour pressure is reduced to some extent. Such a task will ultimately make the crop healthier and disease-free.

Use of GPS technology in agriculture

In the navigation field global positioning system topped the factors for easy access to places. The same impact or an equally valued impact has been made in agriculture too. Along with GPS, GIS also makes its part huge in effective farming. The involvement of these two technologies is for Site-specific farming and Precision farming. Some of the uses of these two technologies are,

The main purpose of GPS in agriculture is to allow the farmers continue their work even at zero visibility cases. Zero visibility states the difficulties in viewing the farm during rain, darkness, fog, and dust. During these uncontrollable conditions, GPS participates in bring a break-free or interruption less farming.

Apart from these outstanding technologies there are few more in the market which are being widely used in the field of agriculture. IT, GPS and Nanotechnology are broad classifications and the following are a bit specific in their purpose. 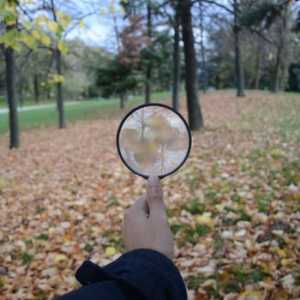 This is the most talked inventions of all. These sensors detect the nitrogen levels, moisture content and other necessary conditions of the crops. When placed in the farm, their detection will facilitate the farmer in planning on the watering schedule. The farmer will make a better plan out of the reports derived from the sensors.

Unobtrusive attribute of the sensors stands as the main reason for its demand in the market. The use of fertilizers is also decided with the help of these sensors. As a result, the farmer is able to manage the available resources in the most efficient way.

On an economical view, two benefits are spotted from the use of these sensors. One is the price at which it is sold and the next one is the cost control in resources management. It is offered at a very reasonable price which enables even the low-income farmers to buy it.

If agriculture is found to be the most innovative field, the statement is possibly due to the minichromosomal technology. Innovation is an inevitable element in any industry. That is how an industry attracts customers or makes its production huge. Here in this technology, mini chromosomes are used.

To understand it better let us look through the structure of a cell. Within a cell, there exists a number of small particles and one among them is the chromosome. This small structure has been bossing the genetics industry for a very long time.

The structure though small, has the ability to hold a number of characters in it. Deviating from the biological explanation, the structure is capable of embracing more than hundred different books into it. Geneticists have now created their own traits and have induced it into the mini chromosome.

These chromosomes when developed, produces crops which are of a desired quality. It is similar to programming a computer. Traits are induced, the expected quality crop is produced. This helps the farmer to a great extent and the major reliefs are from diseases and nutrition deficiency.

It is self explanatory that in this case robots are being used in farming. Their tasks range from processing the seeds to planting. The results are always optimistic due to excess intelligence programmed to the robots. Errors are detected and solved often.

Productivity increases dude to efficient maintenance and finally, the need for labour is lessened to some extent. No matter how automated the farm is, labour is a factor inevitable in agriculture. Thus, their requirement will be less but the need will exist.

Irrigation is to be done very carefully and this is because of its impact on the growing crops. A better irrigation is a one which focuses on conserving the resource as well providing the crops with adequate water. Adequacy is to be considered the most important criteria in choosing a better irrigation system. Centre pivot ranks first in that and the costs associated with it are also relatively less. It is notable that the system is more suitable for flat terrain. 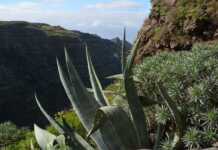 10 Crops That Are Cost-Efficient To Grow And Sell 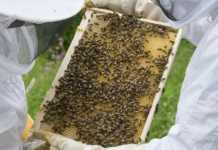 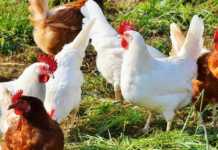 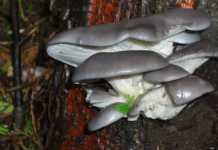 Scope of Organic Farming And Profitable Opportunities In India

How to Make Money from Gold Investment

10 Profitable Ecommerce Business Ideas That Will Thrive in 2021

10 Small Business Ideas for Over 50s

Tips to Work from Home During Coronavirus Outbreak 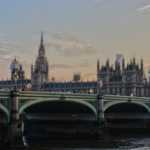 United Kingdom is one of the major economies of the world which drives many other economies as well. In 2019, in the first quarter,... 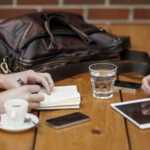 It is no more news that Artificial intelligence has gone from science-fiction to an extremely essential tool for the majority of businesses, with the...

Transportation is a mode of communication from one place to another. In today’s world where time is everything, most of us use public or... 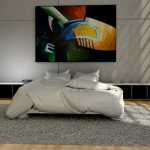 The 3D painting is evolving and achieving greater heights. All thanks to the automatic wall printer machine. This business is providing a great opportunity... 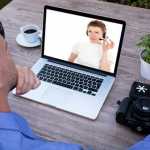 10 Most Profitable Franchise Business to Start in 2021

Makeinbusiness is your business opportunities, ideas and financing guide website. We provide you with the latest business ideas and startup stories straight from the industry.
Contact us: info@makeinbusiness.com

Types of Coverage You Need For Your Farming Business

4 Reasons Your Business Should Use Affiliate Marketing